The most important organisms by far on the planet share traits with Earth plants, fungi, and coral. For ease of reading, they’ll be referred to as fungi here as they superficially resemble them most. How they actually function varies a lot within the group; some feed entirely on decaying matter, some live symbiotically with microscopic photosynthesising organisms, and some are mixes of both. A significant portion are carnivorous as well.

Both Karragul species heavily depend on giant fungi that feed on light and decay. Inland Karraguls live exclusively next to some of the tallest around, which resemble mould in having a long sporangiophore and bulbous sporangium.

These fungi have evolved a symbiotic relationship with Karraguls, growing flesh so thick that it is unable to burst and release its spores without regular harvest. It has many uses, such as: 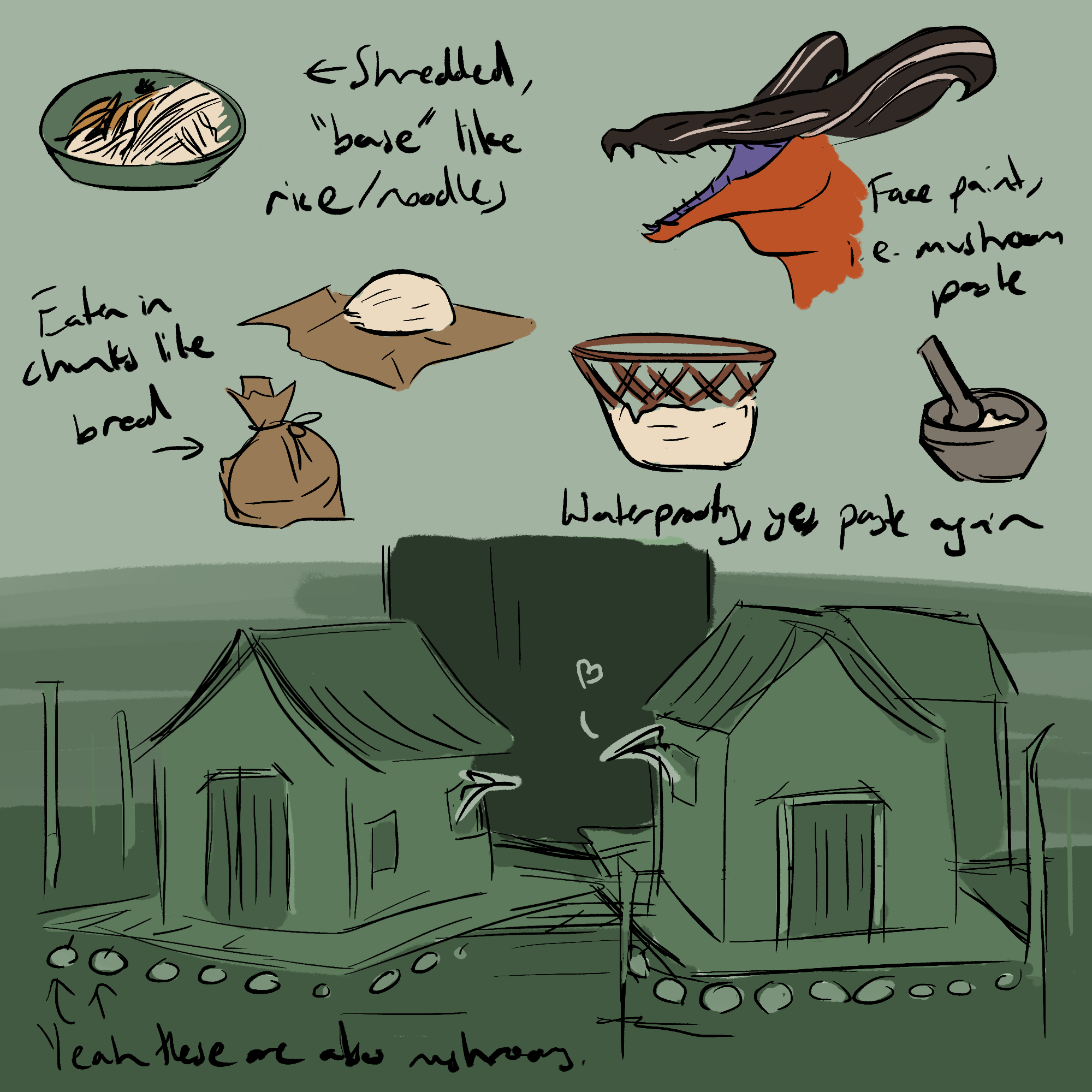 Parts from other fungi are used, such as the hyphae from floss bushes, which can be woven.