Karraguls belong to an order of creatures that fill many ecological niches, and come in a wide variety of shapes, sizes, and colours. They are characterised by the following traits: 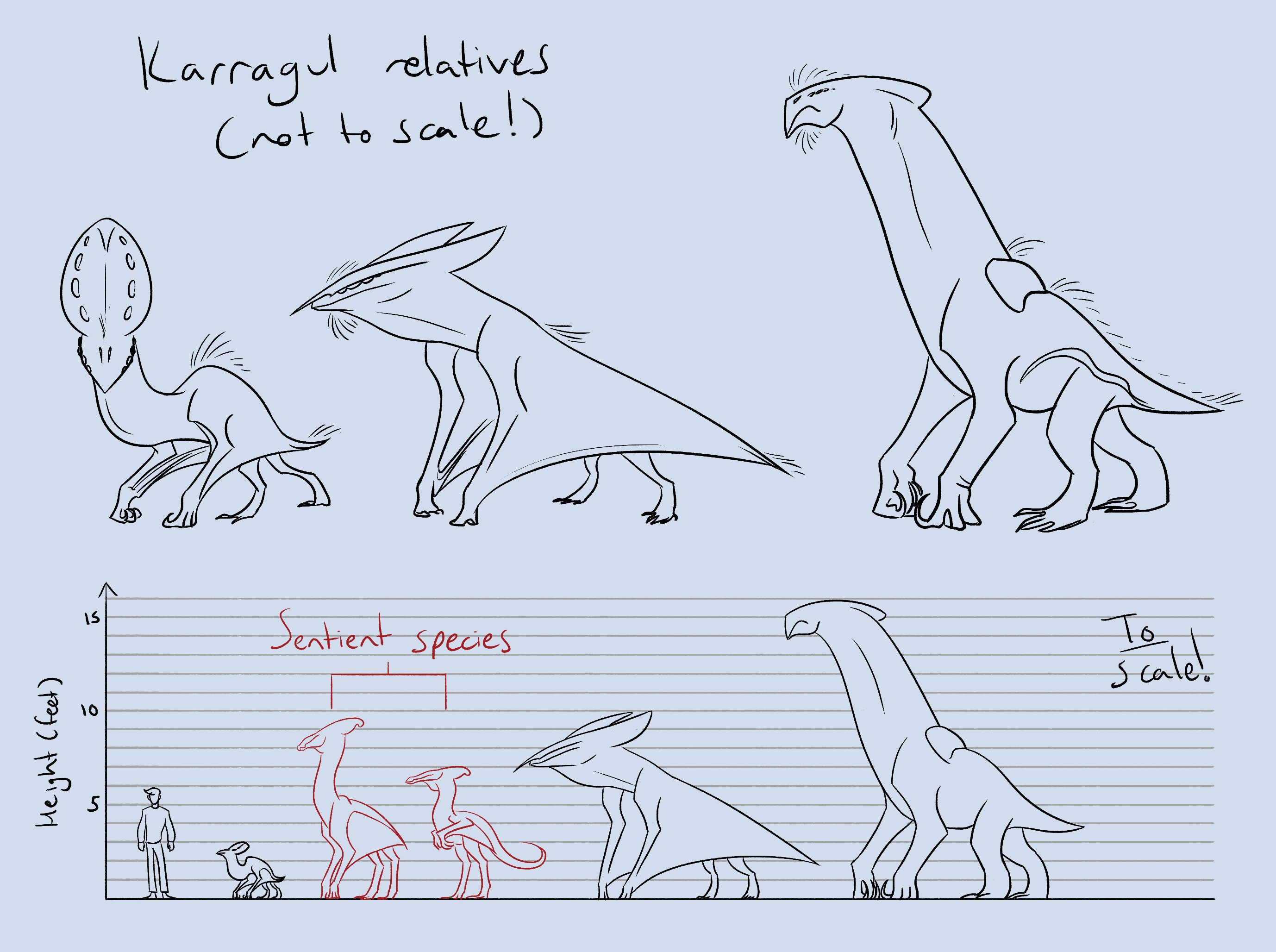 A size comparison of some common species within the order.

The same species, in colour. From left to right: an arborial insectivore with a false-eye display, a sea-faring predator with a developed beak sword, a large nomadic herbivore.

Discbacks are an order of amphibious creatures named for the large, sclerotised chitin plate growing from their backs. They live in shallow waters and range in lifestyle from omnivorous scavengers to ambush predators. Most species are freshwater, but there are a few adapted for marine life. 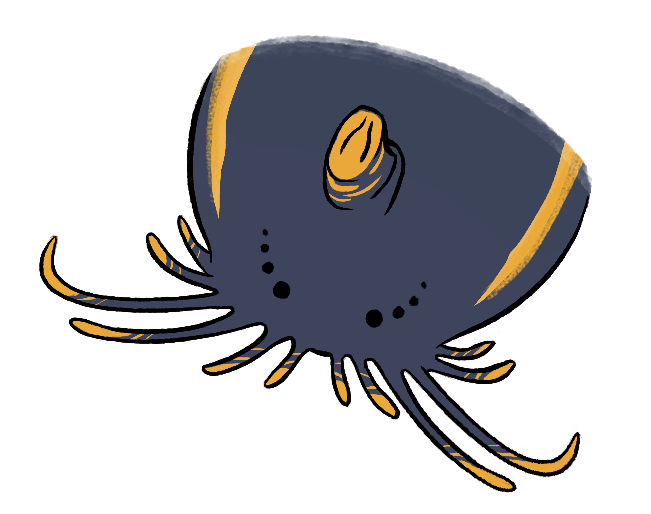 Closeup of a discback's face.

The head has eight simple eyes, which see blurry greyscale images, and they have a “moustache” of sensitive barbels projecting from the upper lip used for touch, taste and smell. The nostrils are extended into a snorkel-like structure supported by soft cartilage. In most species it is relatively short, but the crowned discback has a snorkel twice the length of its head. Their frontlimbs are short and broad, able to form a sucker-like seal, and the hindlimbs are developed into strong flippers. Their tails are short and stubby. The chitin disc grows from their spine, and the interior is lined with skin. It does not connect to the entire creature’s back or extend underneath them, leaving the soft belly defenceless.

When threatened, the discback will quickly retract its head and limbs, clamp onto the ground with its front limbs, and suck in a large gulp of water. This creates negative pressure in the space under the disc, and forms a vacuum seal. If the ground is solid enough, it’s near impossible to pry them off. Most species have smooth, flat discs to make gripping them difficult, others have spines to deter predators instead.

Common discbacks have been domesticated by Karraguls for their fatty eggs, and for some, companionship. Due to their limb configuration and their inflexible discs, it is difficult for them to scale even short vertical distances. They can be kept in pools only a few inches deep, and not escape. They are kept communally, and what started as a way to identify individuals has now evolved into a full art form; their discs are painted or etched with intricate patterns, and even after they pass away, the disc is usually kept as an art piece.

A sampling of discback variety.